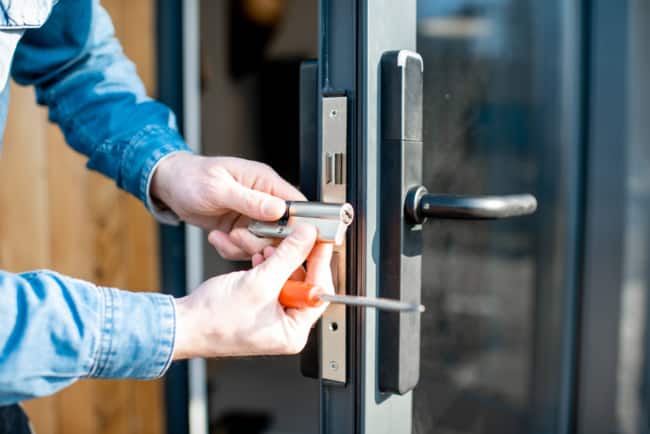 Although we do not like to admit it, thieves are mostly cunning. Given a set of tools and a short window of opportunity, they can exploit vulnerabilities in doors and windows, gaining quick access to your home. With a little common sense and some proactive investments; you can easily make your property more secure.

Fishing is a method used by some burglars which involves inserting a hooked rod through a victim’s letterbox. Once the hook is through; they will then try using the inside door handle to open the door. Alternatively, they will try to obtain the keys by ‘fishing’ them out through the letterbox. Fortunately, there are options for securing your letterbox.

1. You can remove the risk of fishing completely, by sealing your letterbox or installing a door which does not feature a letterbox at all. Simply installing a wall-mounted letterbox on the exterior of your home will still allow you to receive post.

According to data sourced from West Yorkshire Police by the MLA (Master Locksmiths Association, 2019); there has been a 6% decrease in the amount of successful lock snapping burglaries since 2012, the year BS TS007 3 Star Cylinders were introduced. If your home has old doors, it may be time to consider replacing them along with the locks. As previously mentioned, the BS kitemark ensures that enhanced security lock cylinders meet the standards provided by the British Standards Institution. Less secure locks can be snapped, drilled, or bumped, all within around 5 – 10 seconds.

• Lock snapping occurs when the outside casing of a lock is removed, leaving the cylinder exposed. The cylinder is then forced out of the door, allowing an intruder to easily void the lock and gain access. Anti-snap locks feature a sacrificial cut on the outer side of the cylinder. When forced, the cylinder remains inside the door and the anti-snap section breaks away.

• Lock drilling is when a drill bit is forced through the pin mechanisms above the keyhole, allowing the lock to be turned. Anti-drill locks feature much tougher pins than regular locks and are designed to withstand even diamond tipped drills.

• Lock bumping is performed using a special key called a ‘bump key’. It is quickly ‘bumped’ into a lock and turned at the same time. This forces the pins inside the lock to quickly jump out of place allowing the lock to be turned. Anti-bump locks are made with a much higher resistance to bumping, as required by British Standards.

The Adapta Prime TS007 3* is a popular euro cylinder which meets the BSI standards and is built with anti-snap, anti-bump and anti-drill properties. The Adapta Prime Range can also be integrated into a master key system, ideal for landlords and HMO (multiple occupation) properties that require a master key to access multiple locks.  Both Have Restricted Profile Keys making it very hard for Bump Keys to be made.

When it comes to security, windows are often overlooked. Common-sense tells us that windows left open or ajar will provide easy access for thieves and fishing opportunities. Stay alert and keep windows locked during periods where your home is left unoccupied.

Sash jammers are small mechanisms installed on the inside of windows. Just like a lock, they prevent windows from being opened and are usually unlocked from the inside, making them much more difficult for burglars to exploit.

Your first line of defence against thieves is your perimeter. Having a fence or wall around your property is a great way to block access to outsiders and show intruders that you are serious about security. A lockable, secure gate goes hand-in-hand with a fence or wall. A good quality padlock such as Squire with Adapta Prime cylinders will also enhance your perimeter security.

Physical barriers are not the only way to prevent intruders from gaining access; deterrents such as motion lighting can be very effective, especially when combined with CCTV.

Unfortunately, most people lose a pair of keys at some point in their life. If you lose your keys; the safest thing to do is replace the locks.

Finally, looking out for one another. If you ever see suspicious activity occurring, calling the police may prevent a lot of heartbreak. Use technology to your advantage – modern smartphones feature high-quality cameras. Capture evidence of the robbery unfolding, this can later be used to bring the thief to justice.

As the technology we use advances, so does our ability to prevent criminal activity. Make sure that you are prepared for the worst by securing doors and windows at your property and staying alert.
If you are interested in securing your doors with anti-snap lock / anti-bump locks that meet BSI standards, contact our friendly team by calling 01902 737 672 or by emailing us at sales@masterkeysystems.co.uk.